Why are more young women than ever freezing their eggs? 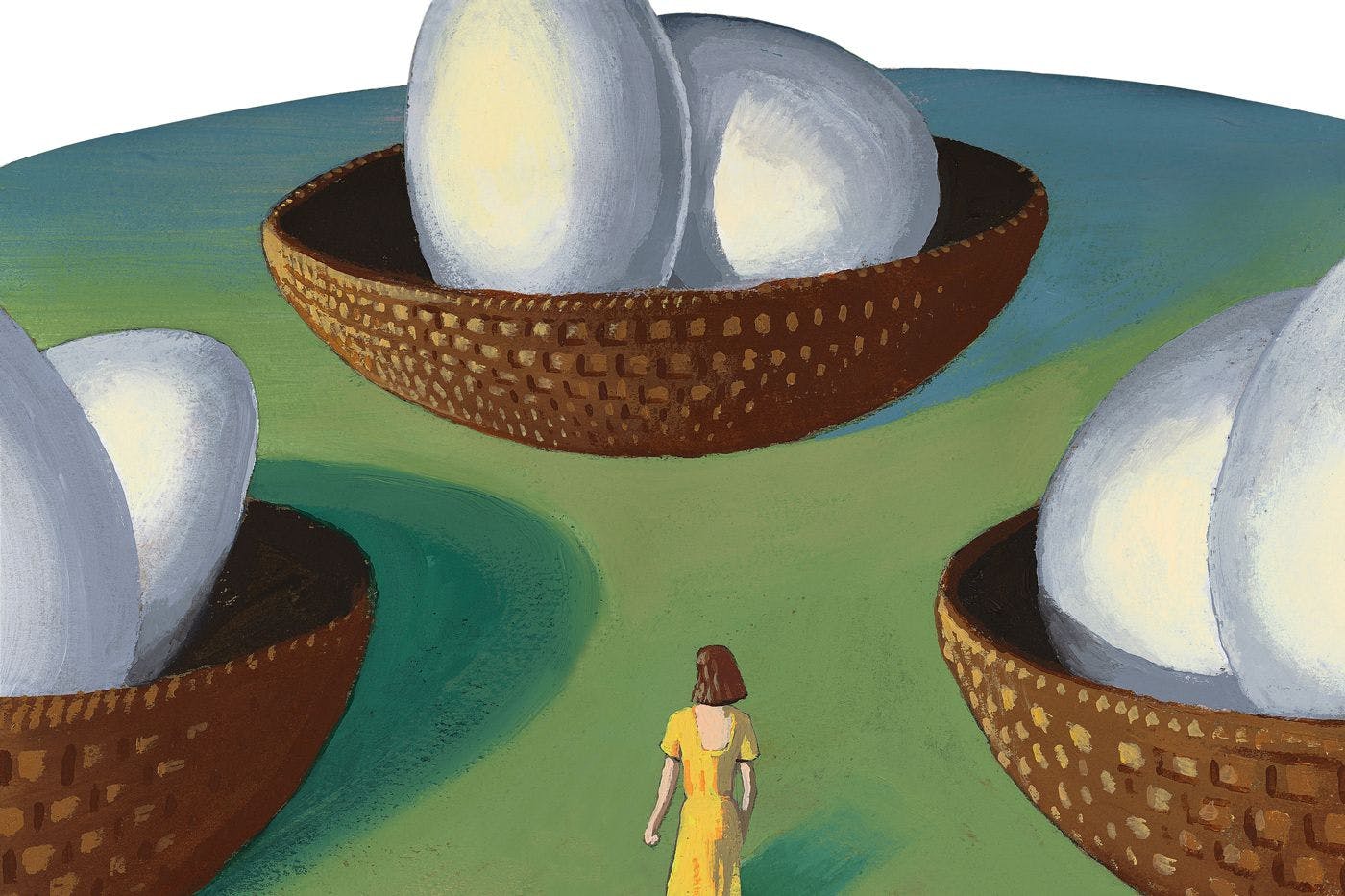 “I feel empowered and in control. Being a mum is a massive want for me. I’ll do it on my own and I’m very comfortable with that.” Sharon’s single, 32 and about to start her first cycle of egg freezing. She’ll have eggs harvested from her ovaries and frozen until she wants, or needs, to use them for pregnancy. And, in doing so, she’ll join growing numbers of women in their early thirties who are opting to take fertility ‘MOT’s’ and, depending on the results, potentially future-proof their chances of having children.

“I’m not in a relationship and don’t necessarily want to be,” explains Sharon. “But I know I want to be a mum and I keep thinking, if I’m not actively looking for a partner then will I ever have my own child? I don’t want to put that pressure on myself or someone else. Online dating made me feel really bad, really unwanted and unhappy with my future and nervous about it. I decided if I want to have a family, this is what I have to do.”

Egg freezing has become increasingly popular in the UK over the past few years, partly due to advances in technology which has made it more successful, but also because of the growing number of clinics offering the service. What started out as a medical procedure designed to help women whose fertility was compromised, has now gone mainstream. And it’s safer and more successful than ever before. The physical risks for egg freezing are the same as for a cycle of IVF and complications are very rare, but it’s a big commitment physically, mentally and financially. 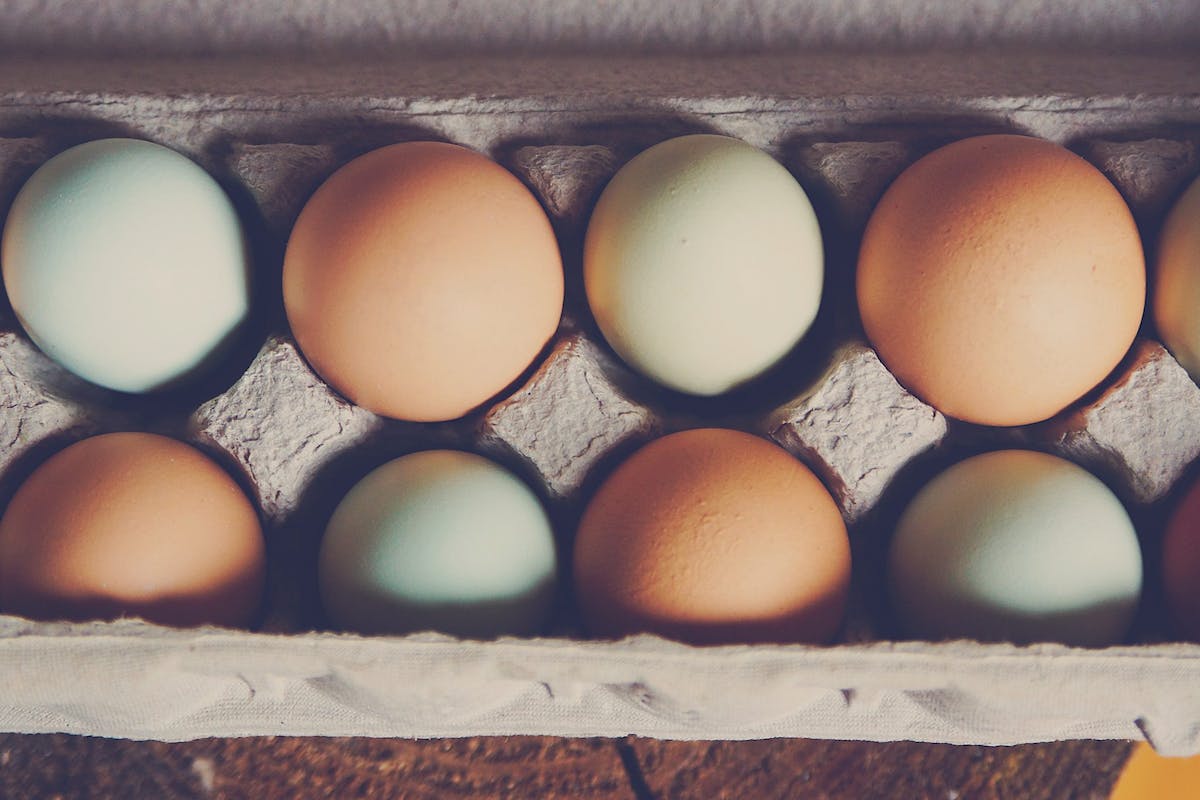 “I decided if I wanted to have a family, I would need to freeze my eggs.”

The latest data from the Human Fertilisation and Embryology Authority, published just last month, shows that in 2016, 1,173 egg freezing cycles were carried out in the UK, compared to just 29 in 2001. And we know the vast majority of the women going through this invasive and intensive treatment are healthy and doing it for social reasons.

“I see three different types of women,” explains Dr Zeynep Gurtin, who is conducting the first in-depth study into egg freezing in the UK for the London Women’s Clinic and the Centre for Family Research at the University of Cambridge. “The first group are determined to become mothers but have given up on finding ‘Mr Right’ and want information on ‘solo motherhood’ using donor sperm. The second group, women in their early thirties, are proactively planning and freezing their eggs at their biological prime. And the third are women in their late thirties and early forties who, whilst aware they’re standing on their reproductive precipice, still want to hold out for that elusive partner to have a family with.”

She goes on to explain that, in the 10 years egg freezing has been widely available in the UK, there’s been a shift. “Whilst the trend to date for social egg freezing has been for women in their late thirties and early forties to freeze their eggs to preserve their remaining fertility, we are now increasingly seeing women in their early thirties thinking proactively about freezing their eggs for the future.”

Dr Gurtin has seen increasing numbers of younger women coming to free fertility seminars, single women social events and also signing up for fertility ‘MOT’s’ (a paid-for consultation with a specialist who analyses the quantity and quality of a woman’s remaining eggs, as well as the health of her reproductive organs). Her, as yet unpublished, research at the London Women’s Clinic’s further confirms this trend, revealing that the average age of women freezing their eggs between 2012 and 2016 was 37.5, falling to 36.7 in 2017. She also found that 95% of women freezing their eggs for social reasons between 2012 and 2016 were single.

So what’s driving more healthy, young women to spend around five thousand pounds to preserve their fertility? With the likes of Apple, Facebook and Google offering to pay for their employees to freeze their eggs, there’s long been a mistaken perception that it’s all about careers. But research from Yale University in America shows that’s just not the case, and the main reason is that more and more women haven’t yet found a partner they want to reproduce with. “The same is true here,” explains Dr Gurtin. “When I speak to women I ask whether they feel they chose career over family, and not a single woman has yet said yes.” 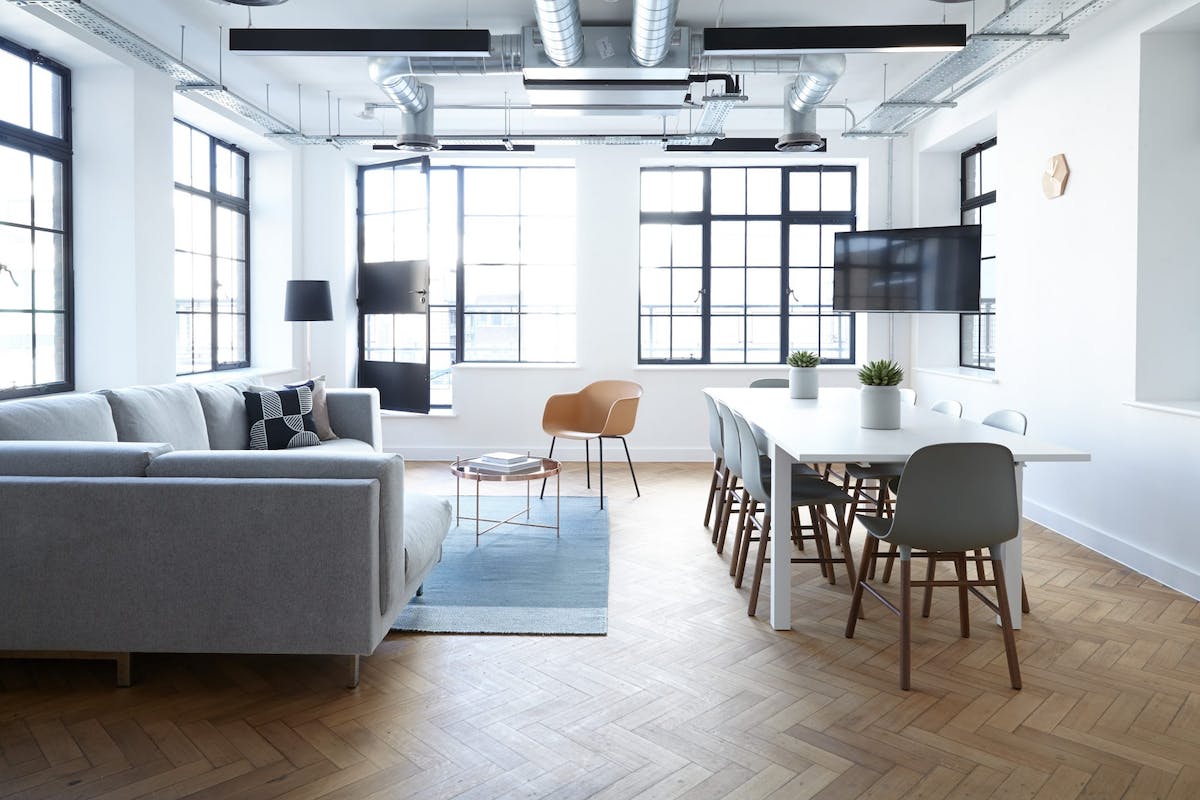 Companies such as Apple, Facebook and Google now offer to pay for their employees to freeze their eggs

Take Emma, for example. She came out of a long-term relationship at 30 and openly admits she “had a bit of a mid-life crisis”.

“It was a turning point,” she says. “I lost weight and started dating, but there was always this sense that time was running out for me and I still hadn’t met ‘the one’. Having suffered gynaecological problems in my teens, and with a family history of early menopause, I was less than positive about my ability to conceive.”

Emma’s parents offered to help her financially and she didn’t hesitate. “It’s given me massive peace of mind. I know there are no guarantees, but I’ve done what I can and it’s certainly taken the pressure off dating. I used to panic, but now I enjoy meeting new people and I’m very open about what I’ve done. Some guys are shocked, others really positive and one even admitted he’d frozen his sperm.”

“I’ve always known I wanted to be a mum, even without a husband or a partner,” says Maria, who’s 32 and froze her eggs last year. “I started thinking about it when I hit 30 and, after realising how expensive IVF is, I looked into egg freezing and thought, why wouldn’t I do this? I’m now enjoying dating. I can let relationships grow organically. Before I was completely stressed out thinking I need to make this one work and turn it into marriage!”

Maria is really positive about the whole experience, despite being told her chances of conceiving were lower than for most women her age. “I’d always thought of myself as a ‘Fertile Myrtle,’” she laughs. “I didn’t think I’d ever have to worry about conceiving, but when I went through the fertility checks, I got quite a shock as my egg reserves were really low – bottom of the scale, in fact.” Thankfully, Maria was able to harvest enough eggs and, whilst she hopes to meet a partner, she is preparing to impregnate herself, using donor sperm, in her late thirties.

“I tell everyone to do this,” she says, “Knowledge is power. I wish I’d known about this in my twenties. Maybe the eggs I had then were better than those I froze at 32.” 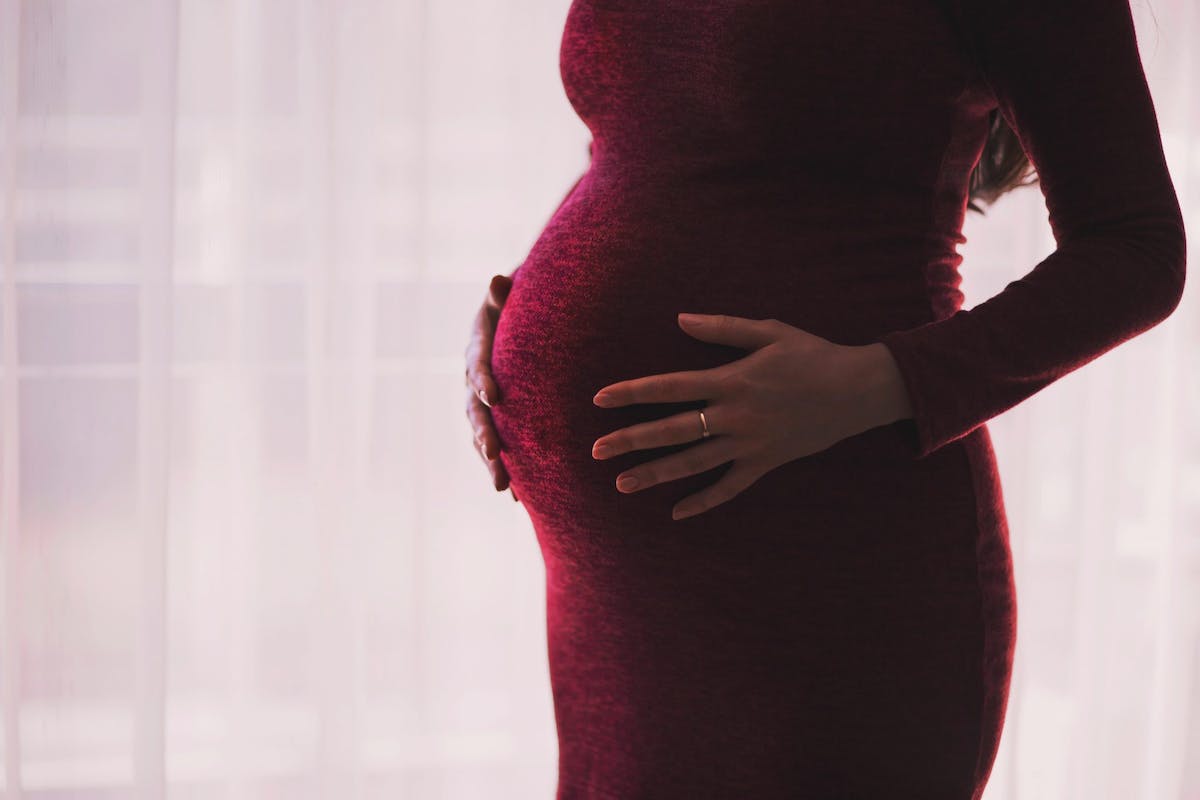 “Maria is preparing to impregnate herself, using donor sperm, in her late thirties.”

From talking to Maria, Sharon and Emma, it’s clear to see why this generation of women is becoming more knowledgeable about their fertility and, as a result, more empowered.

“I’m such an advocate of this,” says Maria, “my best friend’s done it, and another two friends are going through the process. I’ve told my boss and my colleagues, and everyone’s been really positive. For me, it’s really important that fertility decline is discussed. I’ve learnt a lot about my reproductive health – about follicles, hormones and what it actually takes to get pregnant. These are things I just didn’t know.”

“I’ve seen lots of friends have trouble conceiving, or go through a miscarriage,” explains Sharon. “Getting pregnant certainly isn’t as straightforward as we were led to believe.”

Emma agrees, “There’s this ‘I’ve got loads of time’ attitude. Most women I know are aware fertility starts to decline at 35. What they don’t realise is that it can, and does, happen before.”

“Age-related fertility decline wasn’t communicated very well to this generation of women,” explains Dr Gurtin. “The dominant public health message in the Eighties and Nineties was about the dangers of unprotected sex and avoiding unwanted pregnancies, and whilst that worked very well in one regard, it created the subconscious impression for many women that they would have no problems in getting pregnant. Which is sadly not the case for many trying to conceive later in life.”

So will this education and empowerment result in more and more babies being conceived using eggs that have been frozen?

It’s difficult to say, as although it’s been 10 years since the first baby in the UK was born from a frozen egg, the process is still relatively new and the number of cycles performed, quite small. With this in mind, clinics are very open about the chances of a successful pregnancy in future and, while all the women I spoke to feel they have taken out an “insurance policy”, they are all very much aware that it ultimately may not pay out.

“One woman now has a healthy baby boy after thawing 11 of her frozen eggs, and absolutely no regrets.”

But there are success stories, of which Ella is one. She froze her eggs at the London Women’s Clinic in 2009 to “buy herself a bit of bonus time” as she “didn’t want to rush into the wrong relationship just to have children.” Having failed to find ‘the one’, she made the brave decision to go it alone in 2016 and conceive with the help of donor sperm. “I thought about it for quite a while and felt a mixture of excitement, but also worry and fear at the thought of becoming a single mum. Once I’d made that decision I felt a huge sense of relief.”

Ella now has a healthy baby boy after thawing 11 of her frozen eggs, and absolutely no regrets. “Why would I regret any of it? My advice would be – do it. If you can afford it – do it. And if not, get a loan. For me it was a positive step and meant I wasn’t tied into my biological clock.”

Ella, of course, makes a good point. This process is expensive and therefore not accessible to all single women wishing to silence that ticking clock. But it seems that by beginning to be more open about reproductive health, those in their late twenties and early thirties are teaching others what many say they should have learnt at school. In doing so, they are giving themselves the chance to be the ‘have it all generation’, whether or not they decide to go it alone.