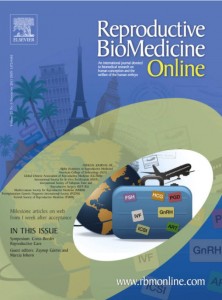 Cross-border reproductive care (CBRC) is a fast-growing phenomenon at the intersection of medicine, law, business and travel. Driven by a variety of reasons, from legal prohibitions to resource shortages, increasing numbers of couples and individuals are traveling abroad in order to access assisted reproductive technologies (ARTs). This form of travel is fast becoming of interest, not only to clinicians and regulators of ARTs and the media, but also to scholars from a range of disciplines, including anthropology, sociology, psychology, law, gender studies ,and ethics. The current special issue of Reproductive BioMedicine Online (Volume 23[5], November 2011), edited by Zeynep Gürtin and Marcia C. Inhorn, is a timely offering, dedicated to discussing the legal, ethical and socio-cultural issues surrounding the growth of CBRC.

The culmination of an international symposium, the special issue brings together for the first time leading academics from different disciplines to create a multi-disciplinary platform from which to survey and analyze the global impact of the CBRC industry from four perspectives. The first section addresses the ‘Legal concerns’ surrounding CBRC, using both theoretical insights and empirical examples to engage with the social and ethical consequences of restrictive legislation. The second, entitled ‘Patient concerns’, investigates and elucidates the attitudes and experiences of men and women who have travelled from one country to another in their quests for conception. The third shifts the focus to ‘Gender concerns’, examining the consequences of CBRC for women and their reproductive bodies and relationships. In the final section on ‘Professional concerns’, the practice and provision of CBRC are addressed from the perspectives of clinicians, counselors, and professional associations. The editors end the special issue by identifying the pressing gaps and methodological challenges for the study of CBRC, and by developing a ‘future research agenda’ for this field.

Taken in total, the sixteen papers in the special issue begin to develop a picture of CBRC that is both more complex and more nuanced than previous depictions, particularly as generated by the media. It is made starkly clear that far from a homogenous entity, the term CBRC encapsulates a range of highly diverse practices. Patients from different origins, with different destinations, travel for a variety of diverse desires and motivations, leading to different concerns, outcomes and experiences. Indeed, 22 nations and five continents are represented in the special issue, with an assorted cast of characters that includes infertile couples, travel brokers, egg donors, gestational surrogates, physicians, embryologists, lawyers, psychological counselors, and health policy makers.

The editors hope that the special issue will lead to greater debate and discussion on the phenomenon of CBRC, as well as showcasing some of the most cutting-edge empirical research and critical analysis. As noted in the editors’ future research agenda, there is a dire need for further research to reveal the realities of CBRC, for a wider network of scholars to enter the field, and for broader engagement between and within disciplines in order to address the many issues and challenges CBRC poses.

Recent News On the Legacy of 9/11 - For Millions of Refugees, the Crisis Continues   What does it mean to be an anthropologist? Interview with Dr. Marcia Inhorn   A Yale Professor Explains How Fertility Clinics Can Better Support Patients   Special Issue of Anthropology of the Middle East, edited Lucia Volk and Marcia C. Inhorn   Meet the Scholar: Snapshots of Intellectual Journeys