Until recently, eggs were most often frozen for later use for medical reasons. A woman with cancer could opt to preserve her eggs before undergoing chemotherapy or radiation that could permanently damage or destroy her eggs. Freezing for medical reasons has been possible for three decades. Over the last decade, improvement in cryopreservation technology, namely ultra-rapid freezing by vitrification, resulted in higher pregnancy rates and the offering of egg freezing to non-cancer patients.

The 2012 announcement by the American Society for Reproductive Medicine (ASRM) that egg freezing was no longer experimental led many fertility clinics to market these services to women concerned about declining fertility — rather than a specific medical reason — leading to the practice being described as “social” egg freezing. 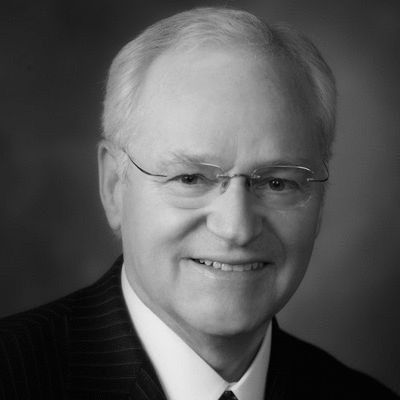 Dr. Adamson, the founder and Chief Medical Officer of ARC Fertility, is a world-renowned pioneer in fertility medicine. For more information visit www.arcfertility.com

The strong interest and popularity of freezing eggs to delay childbirth has garnered extensive media coverage including stories about clinic “Wine and Freeze” parties that young women attend to learn all about the process from cost to success rates. Conversation about postponing motherhood through egg freezing has gone mainstream.

Demographics, societal interest and aggressive marketing may be spiking demand for egg freezing — the number of women doing so at fertility clinics in the U.S. grew more than sevenfold between 2009 and 2013. About 4,000 women froze their eggs in 2013, up from about 2,500 the year before according to the Society for Assisted Reproductive Technology (SART) which collects this US data.

Those tracking the trend suggest the majority of women currently freezing their eggs live in cities like New York, San Francisco and Los Angeles. Fertility clinic medical director Dr. Eric Widra suggests “This is clearly a time where the technological ability to do this is converging with the demographics.”

From a medical perspective, eggs can be kept frozen for many years so when a woman wants to become pregnant, the eggs can be thawed and fertilized with partner or donor sperm. The resulting embryo or embryos would then be transferred into the uterus, usually 5 days later after fertilization. Some 5,000 babies have already been born this way.

Still, real concerns remain between the hype and hope about freezing eggs for a later pregnancy.

A few factors to consider:

It’s not easy
The process is not simple or painless. Women must inject themselves daily with hormones for an average of 10 to 12 days, stimulating ovaries to get as many mature eggs as possible. Doctors recommend women freeze 15-20 eggs. There are side effects and a surgical procedure requiring anesthesia is used to retrieve the eggs.

It’s not cheap
Insurance rarely covers egg freezing. One cycle averages $12,000, and multiple cycles may be needed if not enough eggs are produced. A few tech companies including Apple, Facebook and Intel recently started covering the process but coverage remains rare. Some fertility companies may offer financing. And, additional costs include annual egg storage fees plus the cost of in vitro fertilization (IVF) and embryo transfer when the eggs are eventually used.

Age still matters
The number of eggs and egg quality decline with age so a woman’s age when she freezes her eggs can make a big difference in success rates. The older a woman is when she freezes her eggs, the lower the chances of success. Women in their 20’s and 30’s have the best eggs and highest subsequent pregnancy rates. Doctors generally don’t recommend the process for women over age 38.

The success rate can be low
Overall, the success rate of live births from frozen eggs has remained consistently fairly low — about 20 to 24 percent. And, very few women who froze their eggs since 2012 have gone on to use them – SART found in 2013 there were 414 thaw cycles and 99 live births which are deliveries, including multiples, not babies born.For women 38 and younger, the success rate of a healthy baby from a frozen egg is estimated at 2-12% with an average of about 5% per mature egg. Women in their 20s might get 15 or 20 eggs, giving them a very good chance for pregnancy later. However, there is also a good chance they will find a partner and never need to use the frozen eggs. That’s why the ASRM suggests egg freezing is generally most appropriate for women age 30 to 38.

So, if you’re considering freezing your eggs to use later, have a candid discussion with your fertility specialist. As John Robertson, professor of law and bioethics at University of Texas Law School describes it, freezing eggs can be both empowering and alienating. “The problem is it may be marketed to women who are in the older age group who may have very little chance of obtaining viable eggs, so it’s extremely important that there be full disclosure at every step of the process.”

Dr. Kevin Doody, President of SART, does not think older women should be targets of egg freezing marketing efforts. He believes if a women aged 40 or 42 wants to have her eggs frozen that a “substantial counseling session” would be in order.

Still, women are giving themselves “peace of mind” with egg freezing, according to Yale medical anthropologist Marcia Inhorn who has been interviewing those choosing the process for non-medical reasons. Though she describes most as “amazing” career women, their primary reason seems to be not yet finding the right partner to parent with. And, as she notes, the challenge of finding the right partner is a problem that will persist in the future. With that, she expects the egg freezing process to become normalized just like IVF. Maybe so…